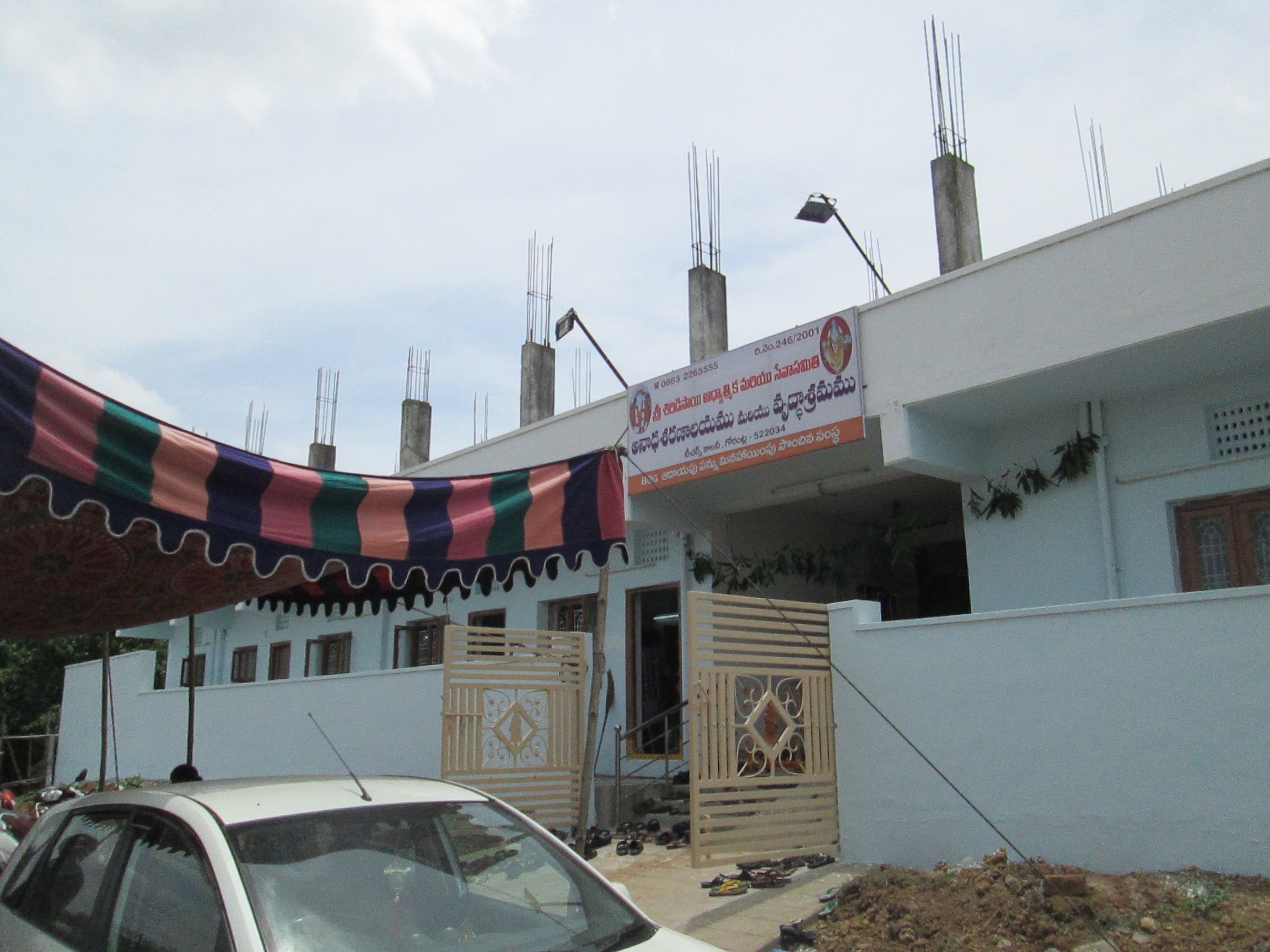 A spacious Dining room with quarters for supervisory and assisting staff for  the inmates and an office room is constructed and accommodated in the building. A Physician is extending her services at free of cost as a consultant to take care of the health of the inmates. What to say, every need of their day to day life will be taken care of their entire lifetime. If any unfortunate and unexpected incident occurs to any inmates, all the necessary works like funeral related will be taken by the society itself. A prayer hall is arranged in the Ashram to give maximum peace to the Old Age and Orphans.

The SSSSS Society has grown over the years encompassing diverse social and  service activities undertaken regularly with single minded purpose and devotion. The diverse and multitude attitude of the society are built around the foundation of these two temples. The society is involved in various social, educational and cultural activities. It conducts regular medical camps and undertakes charitable activities to ameliorate the downtrodden. The society has planned for a massive project of constructing OLD AGE AND ORPHANAGE HOME with an estimated budget of Rs 150 Lakhs in a site donated by the GORANTLA GRAMAPANCHAYAT.

The work has been completed and a spacious building was constructed with all facilities including free mess facilities and medical facilities. All the day to day needs and necessities of the Ashramvasis are being taken care by the Society. OLD AGE HOME was inaugurated during August 2016. By the very high level of  humanitarian attitude of the head of Bhashyam, roof concreting for the 2nd floor of the ashram building was completed and rooms are being constructed for adding  number of old age and orphans in the ashram with donations and the work is in completing stage. as soon as the 2nd floor is ready, the strength of the Ashramvasis will be increased and every year the process will be taken up with selected old age and Arphanage people. 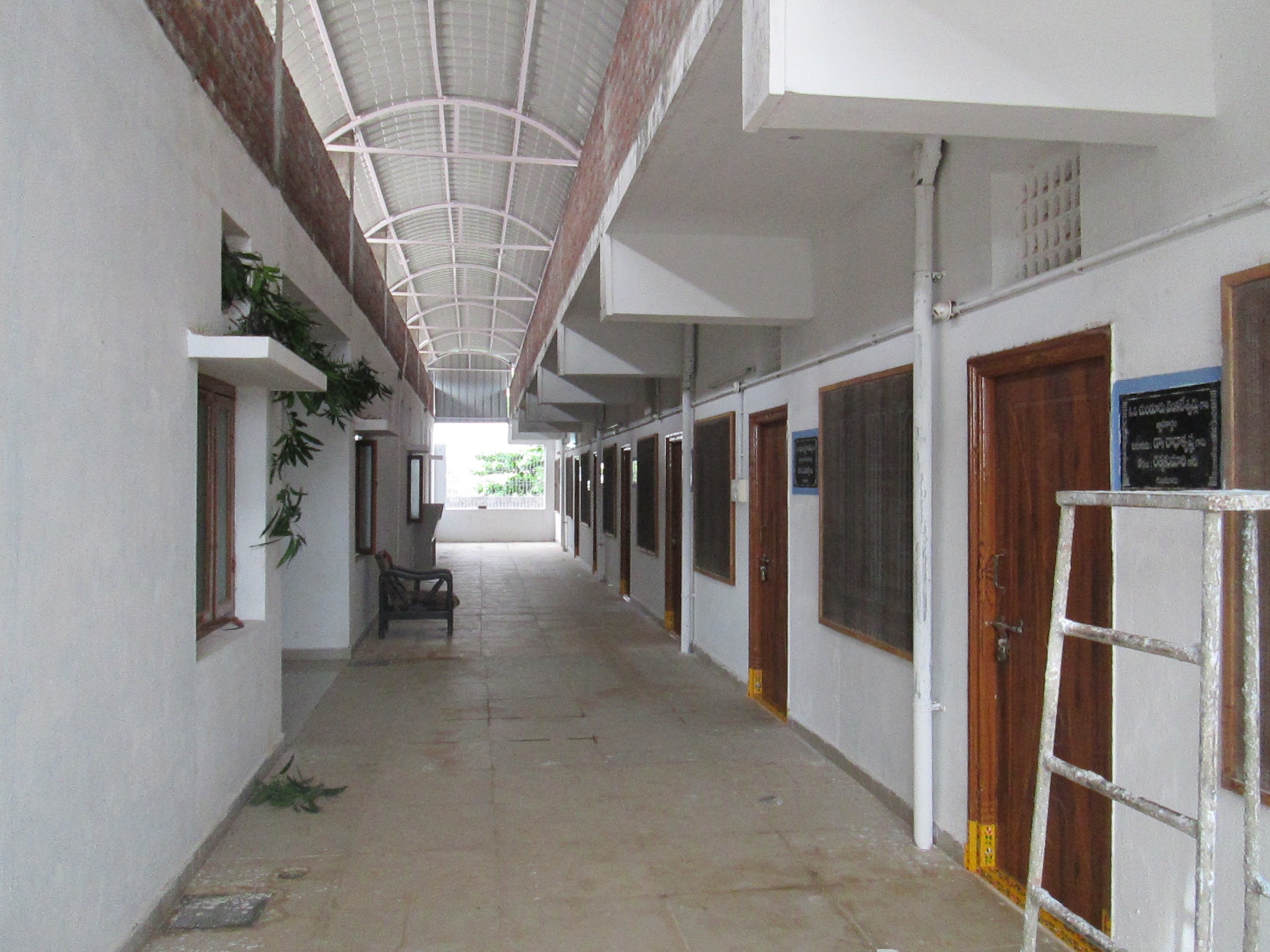 Every year 3 cash incentives are being given to the 1st, 2nd & 3rd students studying class X in 3 government high schools as an encouragement for moving them to higher studies.

All the students of class IX from these 3 govt. high schools were being given geometry boxes every year.  Since past 3 years, Sewing Machines were being given to the girls of the  government girls high school for developing the skill. Around 18 students  below class V are being picked up from rural areas (countryside kids ) and are admitted in different schools of Pattabhipuram area, Guntur .

3 girls students were admitted (presently studying class IX) in st. Joseph High  School with all the necessary fees being paid by the trust.

At present, the Ashram is having 14 old age people (originally 19 at the first stage and 3 passed away) for which all food, shelter, medical and all other  requirements are being provided by the society. Proud to say that not even a  single rupee is being collected from them unlike some ashrams in Guntur District.

8 orphan students were admitted in the Ashram and education is being provided by the  Bhashyam School authorities at free of cost. All requirements of the students in the hostel like Food, Clothes, Shelter , Books and others are being born by the society.

As a special coaching in different aspect, 3 out of 15 orphans were trained in  “MIND VISION CONCEPT” and they have efficiently trained in the course and the same was presented before media and others.